Much has been written about Kentucky 31 (KY-31) tall fescue over the last few decades, including in our previous blogs. Most cattle producers living in the approximately 35-million-acre fescue belt — which encompasses Missouri and Arkansas, the mid-Atlantic states and most of the Southeast — understand the negative effects KY-31 tall fescue grass can have on production. While fescue has many positive agronomic attributes — including pest tolerance, an ability to withstand grazing pressure, and a deep root system that helps prevent erosion on hilly terrain — chemical toxins called ergot alkaloids produced by a fungus inside the plant can negatively impact daily gains, conception rates and milk production in cattle and other species. 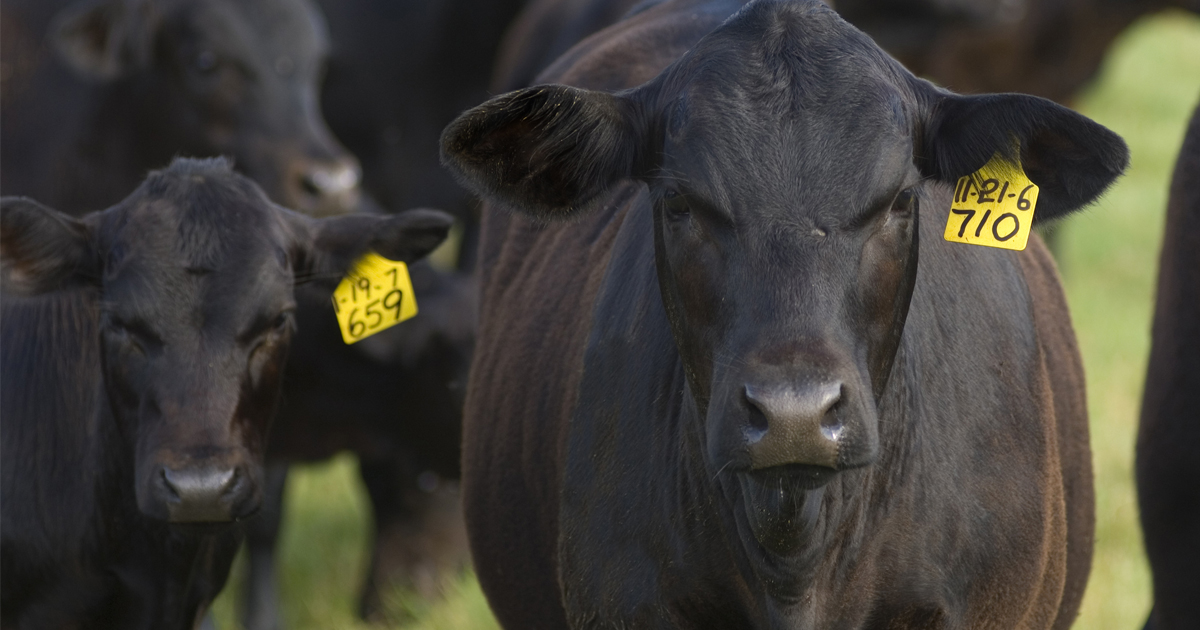 While many of the problems associated with fescue toxicosis are related to cattle on pasture during warmer seasons, the past year has made producing quality hay difficult. In the fescue belt, this poor-quality hay, coupled with fescue’s known negative attributes, could lead to severe complications for cow and calf health heading into spring. A recent article in Drovers and KY Cattlemen, written by University of Kentucky Associate Professor Dr. Michelle Arnold, notes that the unusually wet weather experienced during 2018 has led to depressed forage quality over the past several months. According to Arnold, serious malnutrition in cattle was observed in Kentucky diagnostic labs in late winter. She described how low-protein and -energy diets, combined with inadequate mineral nutrition, can lead to malnutrition problems.

What are the problems related to fescue toxicity?

Let’s start with the challenges that occur due to low energy intake. Dr. Arnold’s article explains that the high fiber content of hay slows the passage rate of forage and limits the amount a cow can consume, meaning she may not be able to fulfill her energy needs. As such, she will require supplementation from a higher-energy feed, likely either a supplement block or grain or a combination of the two. The negative results of female cattle losing weight during late gestation and early lactation include reduced milk production, lower-quality colostrum and reduced conception rates at breeding. Unfortunately, that decreased milk production and low-quality colostrum will impact the calf’s health and growth for the rest of its life. (Jon Albro also discussed the importance of good body condition in his recent blog.)

While energy is often the most limited nutrient in poor-quality fescue, protein can also be too low to meet the requirements of cows and their growing calves. Limiting the amount of protein a lactating cow has access to will reduce her milk production, affect the quality of her colostrum and impact fetal growth and development during late gestation. If adequate protein is not provided to a growing calf — or to a still-growing pregnant heifer, who will have even higher protein requirements than a mature cow — frame size and muscle development will be affected, as will fetal development of the pregnant heifer.

The ergot alkaloids in fescue tend to decrease fescue intake, and the growth and production issues related to the inadequate delivery of energy, protein and minerals are exacerbated by poor-quality hay. The challenge for many producers in late winter and early spring will be to provide the requisite nutrition to the cattle herd, which will allow the cows and heifers to maintain condition, produce enough milk to feed their calves and bolster their health and growth, and be able to breed back.

In the process of conducting in-vitro experiments, Alltech® researchers recently discovered that a yeast cell wall component known as modified glucomannan has a significant binding affinity for ergovaline, the most prominent fescue fungus compound. Subsequent studies of this affinity showed that, when cows grazing toxic fescue pastures were fed the same product — named FEB-200™ — their body condition scores and conception rates improved (Aaron et al., 2006; Ely et al., 2006). Similarly, when the product was fed to stocker cattle, the results included increased body weight gain (Akay et al., 2003a). These studies illustrate that minimizing the problems created by fescue toxicity before they manifest can help animals maintain a healthier status throughout their productive lives; most other products on the market target symptoms that appear after fescue toxicity has already affected the animal.

CRYSTALYX® products can significantly help producers in the fescue belt address the nutritional challenges of low-quality fescue forages. They also improve the digestibility of hay and provide additional protein, energy, minerals and vitamins. Initially released in 2017, FEB-200 is now a primary additive in several CRYSTALYX® fescue blocks, including Fescue-lyx®, Hi Mag Fescue-lyx®, Fescue Phos®, Blueprint® Fescue Mag FEB-200™ and the most recent addition, CrystalBlox™ Blueprint® 30-15 with FEB 200™ and AO. Since research has also shown that copper levels decrease in toxic fescue, each of these products has also been fortified with elevated levels of copper and zinc. Fescue Phos, Blueprint Fescue Mag FEB-200 and CrystalBlox Blueprint 30-15 with FEB-200 and AO also include Bioplex® Hi-Four, the organic forms of copper, zinc, manganese and cobalt.

If you are a producer who relies heavily on fescue as your primary forage, consider the benefits offered by CRYSTALYX fescue blocks with FEB-200. The product testimonials have been overwhelmingly positive, with producers reporting improvements in hair coat, body condition, reproduction and weight gain for their young stock. Contact your local CRYSTALYX dealer for more information.

Past livestock industry work experience: 2 years as DHIA Manager in AL; 27 years as Manager of Feed Technical Services at Culpeper Farmers Coop; a regional farm cooperative in northern VA where I was involved in ration balancing for dairy and beef, feed mill formulation and quality control/regulatory as well as nutritional sales and support. Master’s research focused on effects of endophyte infected fescue fed to dairy cows.

Background: I grew up on a dairy farm in Western NY and currently live in central VA. I'm married with two daughters and enjoy working outside in the garden and staying active in my free time.

With many years of experience in the feed industry supporting nutritional products and programs, I enjoy helping our distributors and dealers find nutritional solutions for various livestock producers. Today’s challenging farm business environment requires considering new paradigms for how animals are fed and managed and working with Ridley/Alltech has exposed me to new ideas related to animal supplementation.