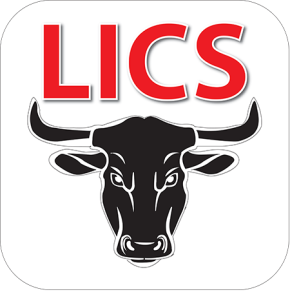 Many of you have probably heard the cliché “Perception equals reality” or “Perception is reality”.  It is very true in any industry or for any subject.   Many of us “know” that lowering the tailgate on your pickup will give you better fuel economy.  The TV show Myth-Busters tested this on their show, and could not find that it increased fuel economy.  They received so much mail claiming that they must have done something wrong, that they did it a second time, with different methodology, and again found no advantage to this tried and true practice that we all used at one time or another.  While I still find it tempting to lower the tailgate on long trips, I resist, and trust the science behind what I have come to believe is the reality of the situation.  Besides, I really don’t want to lose some of that junk in the truck box.

Unfortunately, those of us in Agriculture are generally on the losing end of “perception”.  Where less than 2% of Americans are involved in producing food for the other 98%; many of that 98% haven’t had a family member on a farm or ranch in a number of generations.  Consequently, most of what they know about food production comes from the hyped media that really does not care to tell the mundane story of the everyday average life of a Farmer, Rancher, cow or pig.  If they can get a video of a downer cow in a packing plant or sale barn, then they have a great story to tell, and many of the 98% will think this is the normal treatment of cows in agriculture.  Their perception couldn’t be farther from the truth.  But who will set them straight?  It will probably have to be some of us in the 2%.

The problem that we in the 2% have, is that, we are so close to our industry, we do not realize that even the most ridiculous claims about our industry (that we easily dismiss), are often perceived as reality.  e.g., Many customers of ours feel that poultry is loaded with hormones and steroids – even though it is illegal to use hormones and steroids in poultry production.  Many people feel that modern agricultural practices have increased the carbon foot print required to produce a gallon of milk or a pound of beef, when in reality, they have been greatly reduced in the last 70 years.

If you are interested in some of these food statistics, visit the “Chew on this” website: http://drivetofeed.com/chewonthis.html#FoodFacts

All of us in the 2% need to rise at any opportunity to tell the 98% of the great strides we have made in agriculture.  American Farmers and Ranchers utilize many production efficiencies that we should be proud of.  Most importantly, they will all be necessary in the future.  There is a UN estimate that by the year 2050 we will have 9 billion inhabitants on earth, and they will require 70% more food production that we have now.  Most of that food will need to come from existing land resources in use today, as cutting down rain forests is not exactly gaining in popularity.  Can we increase our food production that much with organic production practices?  Can we do it without GMO’s, pesticides and synthetic fertilizer?   While there will always be a market for organic and non-GMO products, we cannot expect to feed the population of the 21st century utilizing only the agricultural practices of the 19th century.

You may be asking what this has to do with CRYSTALYX®.   Well, we work every day with the old “Perception Equals Reality” mantra.  Most often, it is in the form of estimating the free-choice intake of our supplements.  The true free-choice intake of self-fed supplements is of critical importance in calculating the cost per head per day of that supplement.  Many times the perception is that the animals are consuming too much supplement.  And, many times the numbers used in calculating that intake are rounded or some quick math turns out to be incorrect math.  This would many times be “perception”.  When confronted with issues regarding the perceived daily intake of a supplement, we are taught to “do the math”, and see what it actually calculates out to be.  This would be “reality”.  Occasionally, bulls and calves are left out of the equation and only cows are used in the denominator.   But, from today forward, when you hear us say “do the math” there will be “an app for that”.

Ridley Block Operations has a new app called LICS (Livestock Intake Calculator for Supplements).  Soon, you will be able to download it for free at the App Store for iPhones, or the Marketplace for Droid platforms.  The LICS app will walk you through all the critical steps to arrive at the reality of your supplement intake.  It can also calculate the cost per head per day, if you know the cost of your supplement on a per ton basis.  If you had some supplement remaining when you made the calculations, it will estimate the date at which all the supplement will be consumed, so you know when you will need more CRYSTALYX®.   “LICS is reality”.