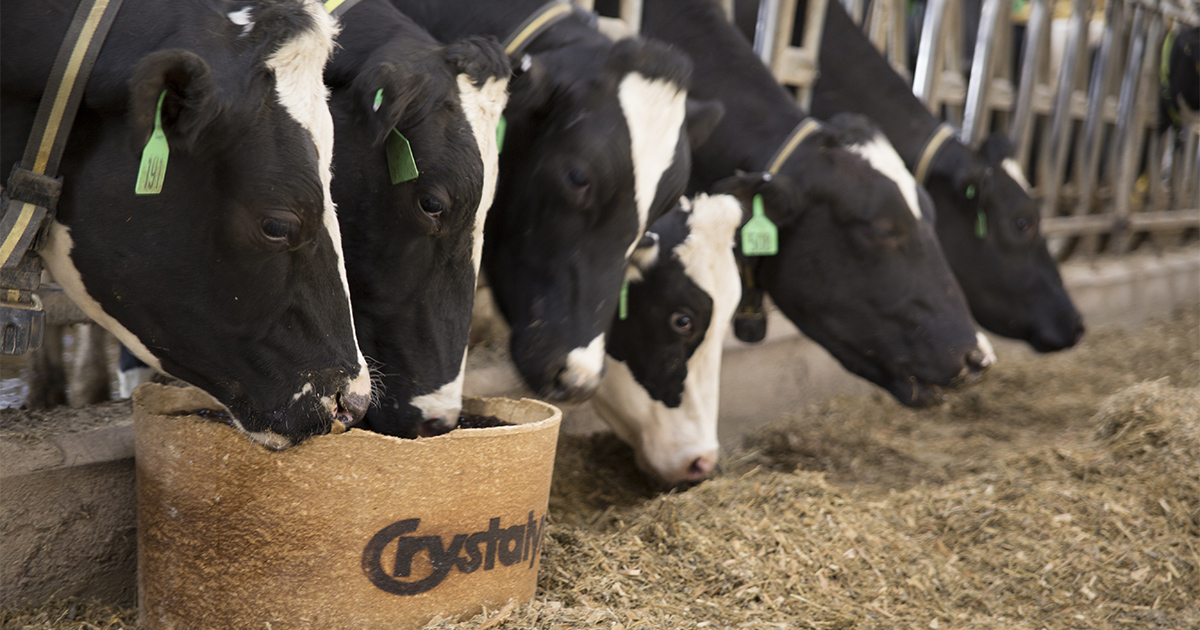 Subacute Ruminal Acidosis (SARA) is likely the most economically important disorder of dairy cattle in the United States. SARA occurs when the pH is too low in the rumen of a dairy cow. The symptoms are rarely noticed for an individual cow. When a cow’s ruminal pH is low she responds by eating a little less feed. Her milk production is reduced slightly, but not to a degree that would be noticeable.

On a herd level, where the SARA problems start, health effects have had time to play out resulting in low milk yield. This can lead to high cull rates and high death loss. These severe complications of acidosis can take months to play out after the initial episode.

Dr. Gary Oetzel, DVM, MS, is an associate professor at the University of Wisconsin-Madison, School of Veterinary Medicine. He has been researching ruminal acidosis in dairy cattle for over ten years. According to Oetzel, the economic impact of SARA is significant.

“It’s a very costly situation for dairymen,” Oetzel says. “We think it’s probably the most costly disease condition in the dairy industry today.” Oetzel says it’s not a matter of eliminating SARA, but controlling it.

“The way to get milk out of dairy cows is to get them as absolutely as close to SARA as possible. Because we want to maximize milk yield, we want to maximize feeding grains. But we just can’t go over that line. We are trying to control and manage ruminal pH and subacute acidosis.”

Dr. Oetzel conducted replicated trials in 2002 and 2004 at the U.S. Dairy Forage Research Center near Prairie Du Sac, Wisconsin, using BUFFER-LYX®. Half of the cows in the study had their TMR supplemented with free choice access to BUFFER-LYX and the other half did not. Each cow was on the study for 12 days. Intakes were measured and rumen pH was monitored throughout the study. In the course of the study researchers created a SARA challenge.

“We were able to evaluate how the cows responded, whether they had access to the blocks or not,” Oetzel says. “We were also monitoring the intakes of the blocks before and during this acidosis challenge.

“What we found was the intakes were very consistent with the blocks...between 0.4 and 1.0 pound per day. They also ate more of their TMR diet. The blocks seemed to stimulate appetite.

Dr. Oetzel sees the use of free choice buffer blocks such as BUFFER-LYX as a “safety net” for producers.

Cows that are fed a diet that will lead to SARA will initially respond much the same as they would in the early stages of ruminal fermentation. Once the major portion of the diet is consumed however, cows that were offered BUFFER-LYX appeared to handle the increased acid load much better because BUFFER-LYX minimized the time cows spend below a pH of 5.5. In fact, when compared to cows that did not receive BUFFER-LYX, they moved to a higher pH more quickly. The pH of cows that were fed a diet conducive to SARA and not offered BUFFER-LYX stayed below 5.5 for a considerably longer time. When diets or feeding conditions that can lead to acidosis occur, supplementing with BUFFER-LYX appears to help cows recover from SARA and keep fermentation within a more desirable range.

The calves are much healthier and convert feed better.