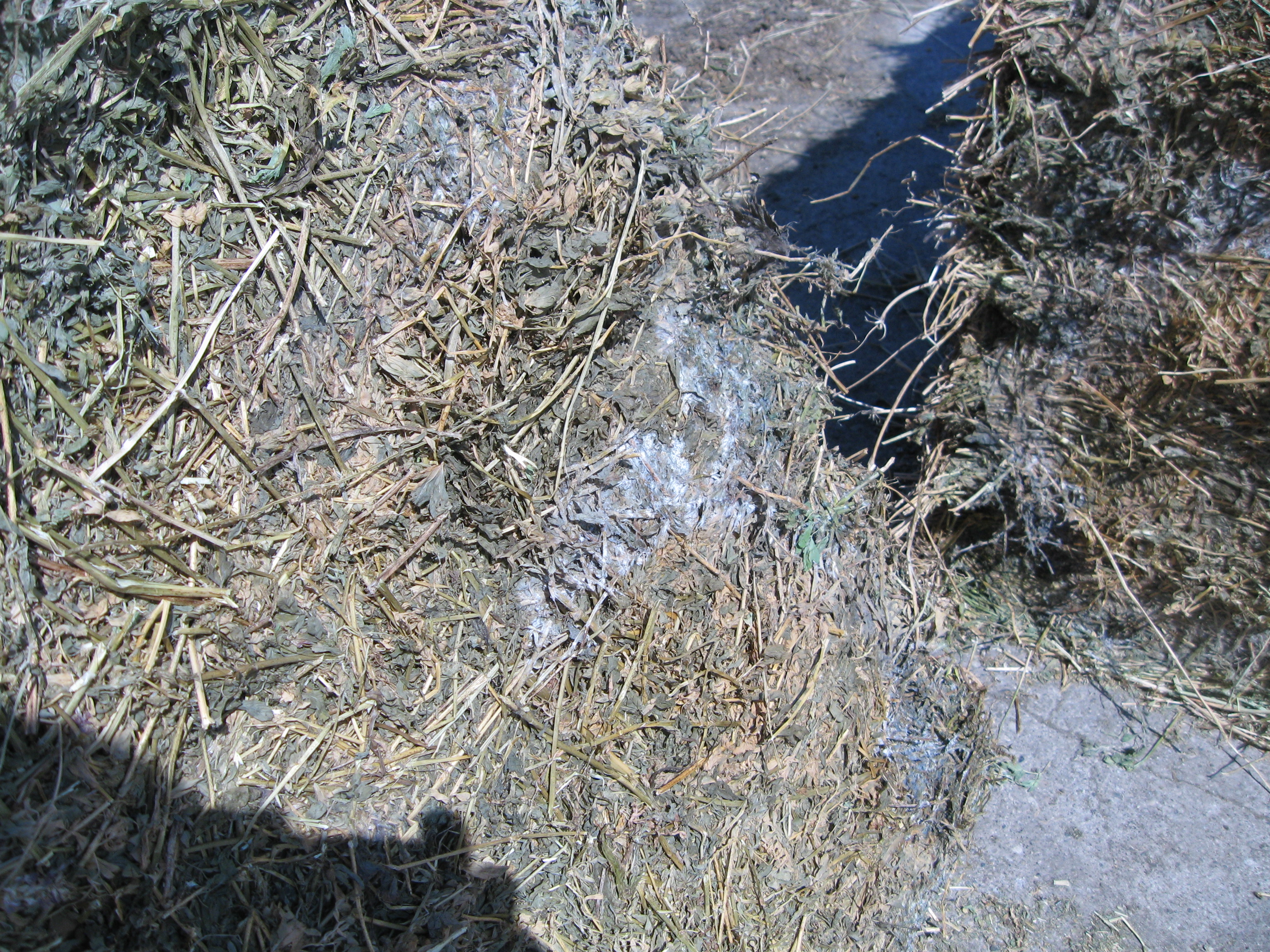 As we near the end of the winter feeding period, sometimes we have to make tough choices regarding use of moldy hay. Horses and other non-ruminants are most susceptible to mold toxicity and should not be fed moldy hay except under the most dire situations.

Ruminants are protected to some extent because the rumen destroys most mycotoxins, but they are still susceptible to chronic symptoms, especially pregnant animals and those under stress.  We can all agree that feeding moldy hay is not most desirable, but what can you do if it is your only option? 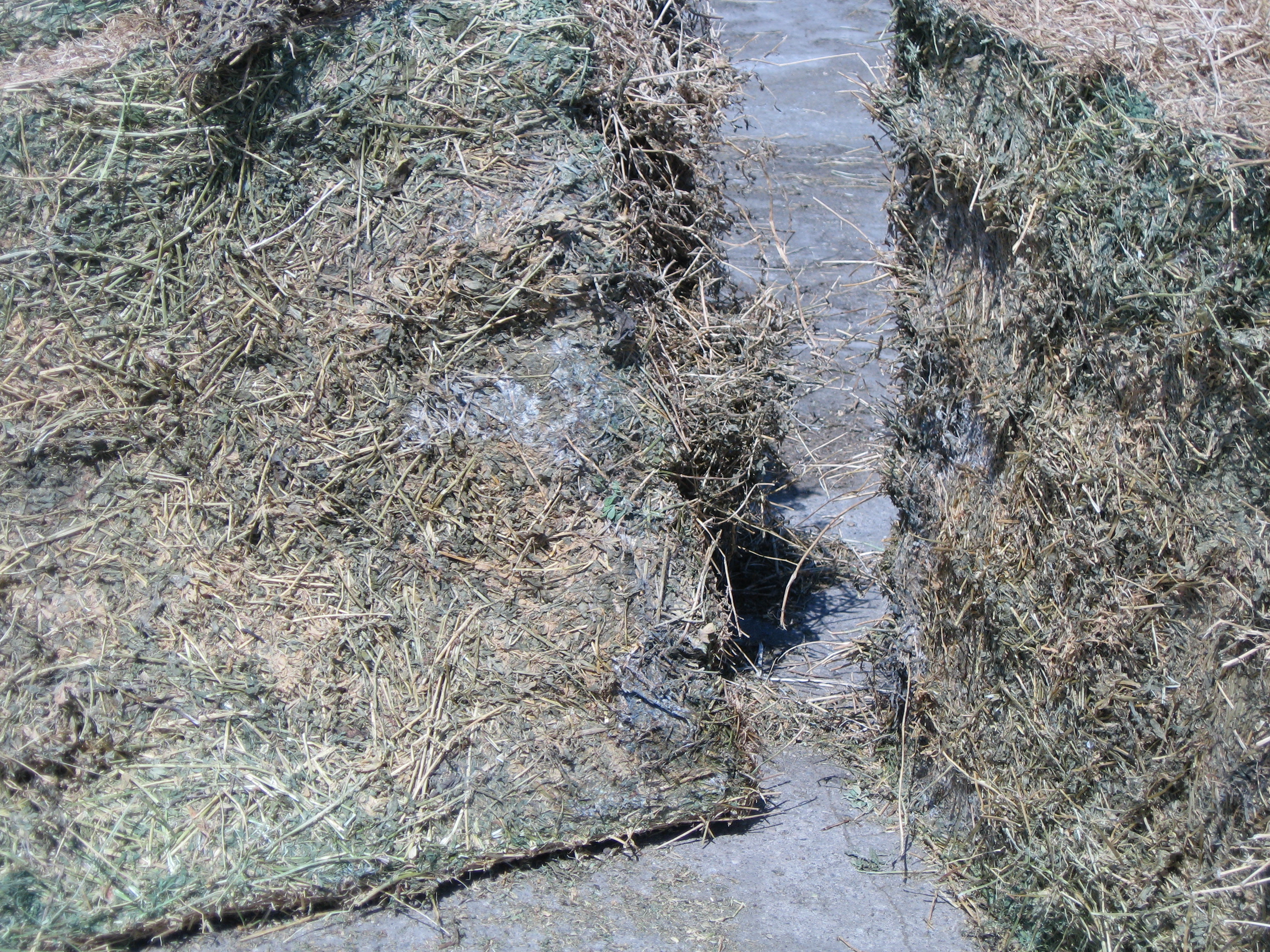 The first strategy is to dilute the mold with “clean” feed. In the absence of good quality hay, high fiber feedstuffs such as soyhull pellets, dried distillers grains or baled corn stover can help your livestock eat less of the offending moldy hay. Another strategy is to inspect all hay and feed the worst hay to the least susceptible animals (mature male ruminants, open mature female ruminants). Another strategy is to use temporary fencing to take advantage of new spring growth in non-pasture areas to reduce reliance on hay. It also goes without saying that well-fed livestock that are not lacking in protein, energy, minerals or vitamins in their diet will be much more capable of withstanding a temporary encounter with mycotoxins than animals that are lacking.

Mold causes problems in two main ways, through spores or mycotoxins. Spores can cause respiratory problems when breathed in, especially for horses. Mycotoxins negatively affect a variety of systems in the body. Most molds are harmless and do not produce mycotoxins; however, when feeding moldly hay one must assume that mycotoxins could be present and watch carefully for the following symptoms:
*reduced feed intake or feed refusal
*diarrhea
*lowered fertility and abortions
*lethargy and increased morbidity
*suppressed immune system leading to lack of response to medications and vaccinations

Have you faced a similar situation in your livestock operation this winter? If so, let us know how you dealt with it.