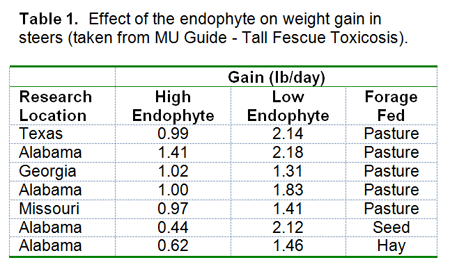 There are several management options available to cattle producers to help lessen the symptoms of Summer Slump:
How Can I Help My Cattle Avoid Fescue Toxicity Symptoms?

When attempting replacement, take a "spray-and smother" approach. First spray the infected field with an effective herbicide, second seed a cover crop to smother the field, then reseed with the desired new forage crop. The smother crop should be a fast growing annual forage (millet or sudangrass in the summer, or wheat, rye or oats for fall). It is usually a good idea to renovate small portions of the farm at a time. 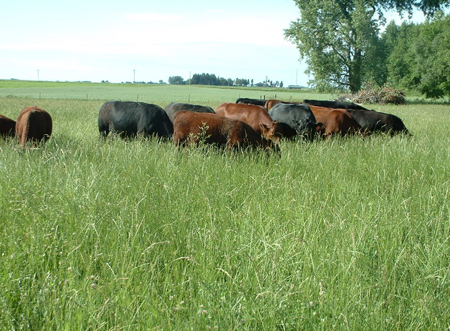 Rotating cattle to non-fescue pastures during the hottest periods of the year helps to combat Summer Slump.

Rotating cattle off of fescue pastures during hot summer months increases animal performance for several reasons. First, because fescue is a cool-season forage it stops growing during hot summer months. Rotating cattle off fescue onto growing, warm-season pastures simply gives them more to eat. Secondly, high temperatures seem to intensify the negative effects of the endophyte toxins. Moving cattle to non-infected pastures eliminates this interaction. Cattle need to stay off infected-fescue pastures for the entire summer to gain benefits. Taking cattle off for only a few weeks at a time will not greatly reduce summer slump symptoms.

Interseeding infected fescue pastures with legumes helps dilute the total toxins ingested as well as increasing the overall nutritional content in the pasture. These legumes must be managed to allow reseeding each year. And even with special management, many need to be manually reseeded periodically. It is also important to fertilize for the legume (limiting the amount of nitrogen) in order to allow the legumes to thrive. 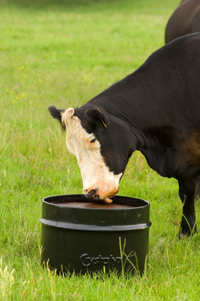 Mineral supplementation, especially copper and zinc, can help offset some of the deficiencies caused by fescue forages that contribute to Summer Slump. 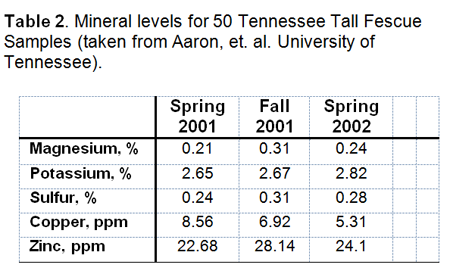