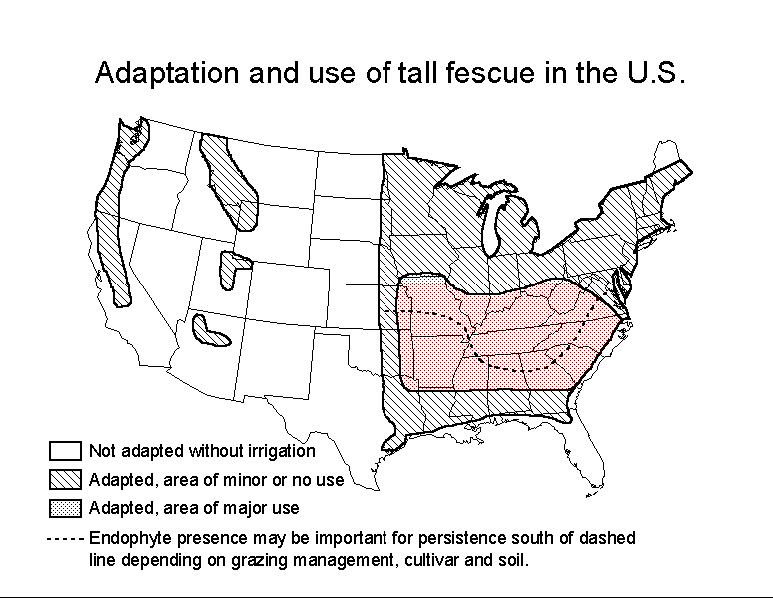 It is important to understand the symbiotic relationship between the endophyte and tall fescue plant. The endophyte is spread via infection of the seed. Endophyte-infected plants cannot infect non-infected plants. When the infected seed germinates, the endophyte grows too and spreads throughout the plant from the base up. Once the plant enters its reproductive stage, the endophyte moves into the stem and concentrates in the seeds. 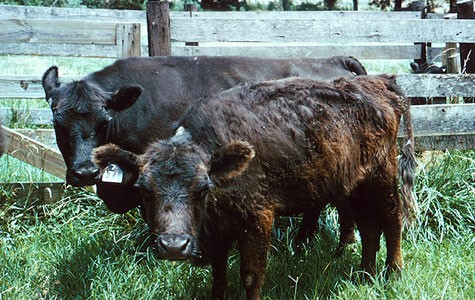 Dealing with Fescue Toxicity via Technology

Research has shown that copper levels are lower in endophyte-infected fescue vs. endophyte-free fescue when grown under identical conditions. These differences are most pronounced late in the growing season (See Table 2). These findings support observations of decreased copper status in cattle grazing infected fescue. In research conducted in Virginia, cattle grazing endophyte-infected fescue exhibited decreased copper status as opposed to cattle grazing endophyte-free fescue. However, the magnitude of this decrease was greater than the difference between the forages. This demonstrates that the endophyte not only decreases the total amount of copper present in the fescue, but also, negatively affects bioavailability of copper for the animal. This makes sense when you consider that the typical symptoms for fescue toxicosis closely resemble those for copper deficiency. These symptoms include rough, discolored hair coats; winter coats that are slow to shed out; decreased conception rates; increased days open; hoof problems; and depressed immunity. For these reasons, lowered copper status plays a large part in the fescue toxicosis syndrome. Proper supplementation with a high copper supplement can help alleviate some of the fescue toxicity symptoms.

Research has also shown that the body utilizes copper better in the presence of zinc. Zinc and copper interact within the body much as calcium and phosphorus interact. Similarly, the ratio of zinc to copper is as important as the absolute levels of either copper or zinc. Ideally the proper ratio of zinc to copper is from 3:1 to 5:1 to maintain optimum mineral absorption of both minerals.

Most fescue is grown in areas that contain antagonistically high levels of sulfur, molybdenum or iron. Sulfur, molybdenum and iron bind up copper making it unavailable to the animal. Also, extensive feeding of DDGS, which is high in sulfur, can contribute to lowering copper availability for livestock.

CRYSTALYX® Fescue-Phos® Mineral Supplement has been scientifically formulated to take into account all of the factors outlined. Supplement bioavailablity is crucial for cattle consuming fescue forages, especially those in areas with high antagonistic mineral levels in soils. Research has shown that a combination of organic and inorganic copper was as effective at maintaining liver copper levels during antagonism as feeding five times the NRC requirement from copper sulfate. For this reason, CRYSTALYX® Fescue-Phos® Mineral Supplement contains BioPlex® organic sources of copper, zinc, manganese and cobalt and Sel-Plex® organic selenium as well as inorganic sources for optimum bioavailability and performance. CRYSTALYX® Fescue-Phos® Mineral Supplement also contains FEB-200® to help support overall performance and help cattle attain maximum genetic potential on fescue forages. 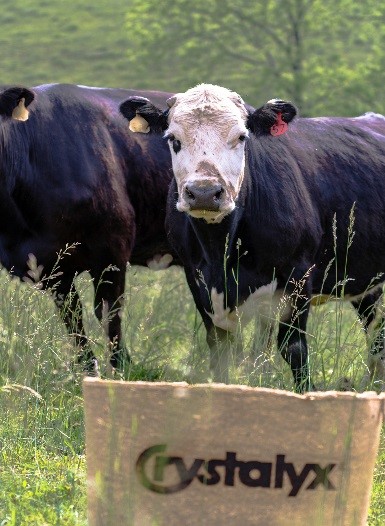 Any cattle producers who utilize fescue pastures who also observe rough, discolored hair coats (red tinge on black hair or loss of pigment around the eyes); winter coats that are slow to shed; decreased conception rates; increased days open; hoof problems and/or depressed immunity should consider use of CRYSTALYX® Fescue-Phos® Mineral Supplement. Ask for the CRYSTALYX® by name at your local dealer.

BioPlex®, Sel-Plex® and FEB-200® are registered trademarks of Alltech

CRYSTALYX® and Fescue-Phos® are registered trademarks of Ridley USA Inc.