Those of you that read our blogs, attended a CRYSTALYX® meeting or visited us at an industry event, have likely noticed that our main theme the past couple years has been Blueprint®. To be more definitive, Blueprint is not a specific product nor even a product line; it’s more of a nutritional philosophy offered through many products and product lines in our company’s overall nutritional offering. 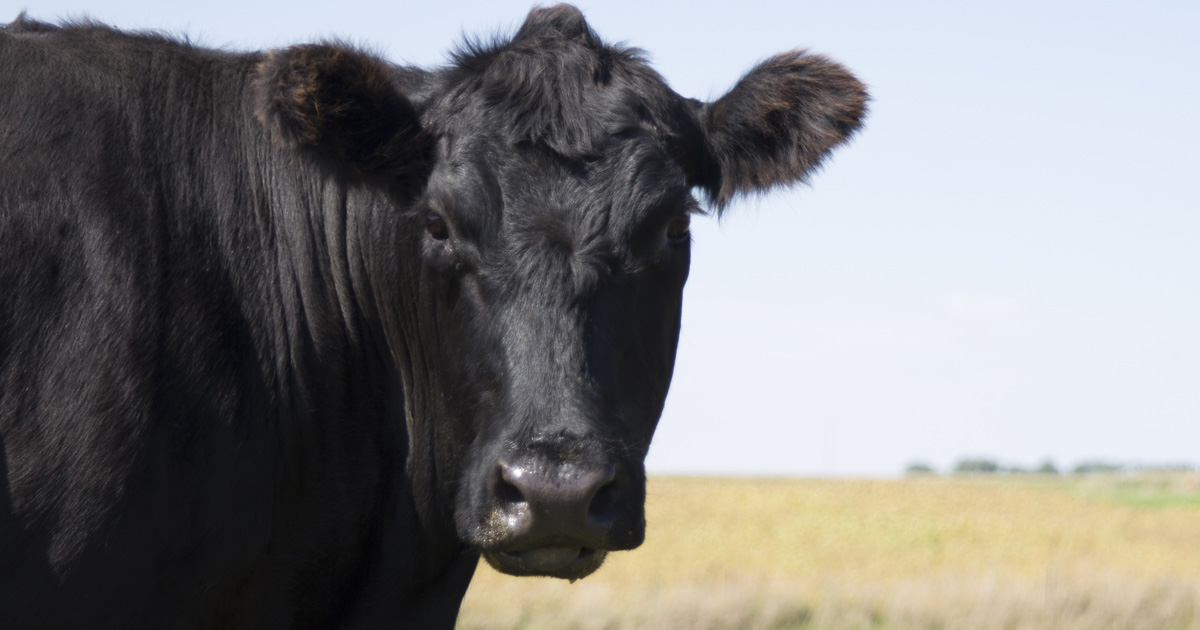 Our first CRYSTALYX Blueprint product was sold in November of 2017. Ever since then, we’ve discussed how Blueprint nutrition works, citing supportive research data from Alltech. The benefits shown in this research have included increased reproductive efficiency, greater calf weaning weights and improved animal health and immunity. CRYSTALYX Blueprint products are formulated to contain only Bioplex® organic trace minerals as the source of zinc, cobalt, manganese and copper.  Additionally, any inorganic source of trace minerals such as oxides, chlorides or sulfate forms have been removed. This is the underlying philosophy in Blueprint products and is described further as Alltech’s Total Replacement Technology™ or “TRT.”

So, what’s new? Organic trace minerals have been around for a long time.

Feeding organic trace minerals to livestock has been in practice for several decades. However, in beef cattle diets, their use is still relatively new (more common in the past 10–20 years) and have been applied primarily in breeding programs or during other times of “nutritional stress,” such as calving or in weaning and receiving diets. The cost of such programs may have been a deterrent in the past, and so using them as only a partial replacement of the trace minerals in a supplement became the prescribed practice and, again, primarily in more intensive production situations.

One unique aspect of Blueprint involves supplementing Bioplex trace minerals at lower than traditional requirements set forth by the National Research Council (NRC). The NRC requirements have been established via past research and accepted by the animal science community and are deemed the “standard or the benchmark.” In fact, many mineral programs offered today even view the NRC standards as too low and therefore we see a lot of supplements fortified at 2–3 or even more times higher than NRC levels.

As a veteran salesperson, sales manager and nutritionist for the past 25 years in the feed industry, I must admit that the Blueprint nutrition concept was initially a struggle for me to wrap my mind around. I’m sure I speak for several of my industry colleagues as well. Part of this reason is that the Blueprint nutrition program goes against conventional wisdom in many aspects. One objection may be to ask if we really need to incorporate higher cost trace minerals in conventional beef diets when we know our past programs have been satisfactory (e.g., if it isn’t broke don’t fix it), and secondly the levels of Bioplex we supplement in a Blueprint program are much lower. So, while it may look as though Blueprint is an inferior program that actually costs more, this is not the case.

We have been seeing consistent success for the past couple of years now with CRYSTALYX Blueprint programs at beef cattle operations from Canada to Texas and beyond, and this has been very gratifying.  First, it’s been satisfying to see that many of our customers grasped onto the concept of feeding a higher-quality mineral supplement that was more performance-driven than cost-driven. Not only do we know that the Bioplex trace minerals are more available and perform better in diets but removing inorganic sources from the diet (such as sulfates) may be responsible for some of the success, we’ve witnessed with Blueprint. Again, in just two short years we are receiving a lot of consistent feedback from customers citing better reproductive performance, health and performance. I have listed a few of these experiences below. 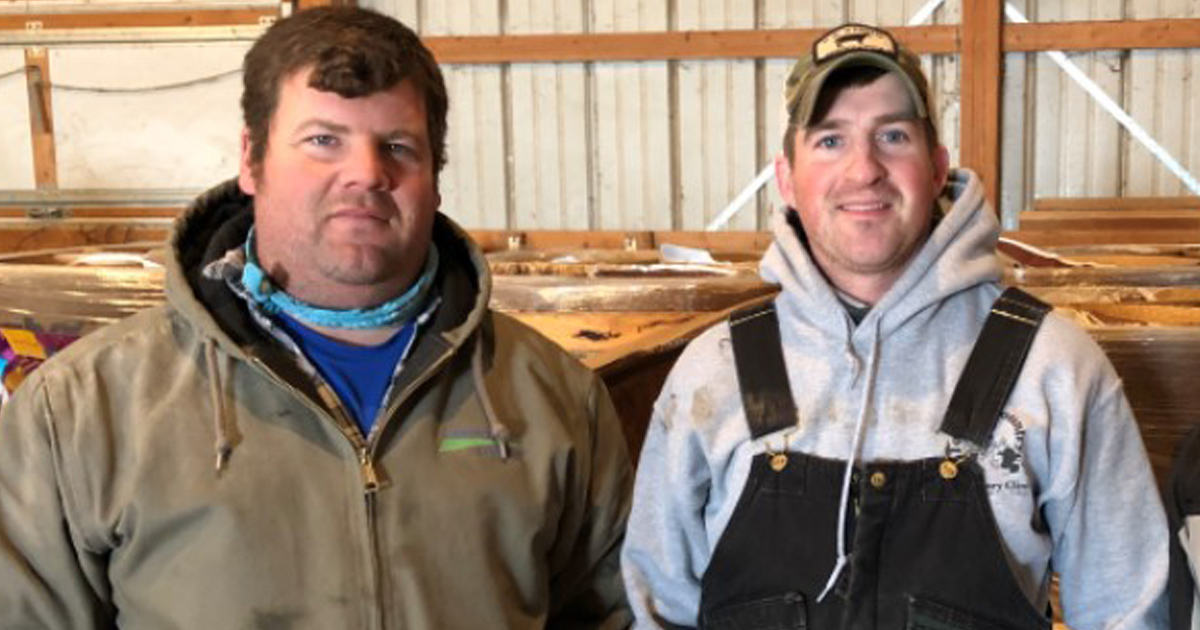 “If it works for us, there’s no reason it can’t help another herd. When I do something, I like to do it right; it’s not always about what the cheapest investment is.

“This year we’ve had the healthiest calves ever. Our veterinary expenses were much less once we started using the CRYSTALYX Blueprint product.”

This central North Dakota operation raises purebred and commercial Simmental cattle.  Previous nutrition programs utilized other brands of big blocks and minerals and saw no real benefit. They also struggled with newborn calf health and immunity. In January of 2019, they incorporated CRYSTALYX Blueprint 6% Phos with Actigen® as their mineral program through the calving season and cited having the healthiest calves ever. 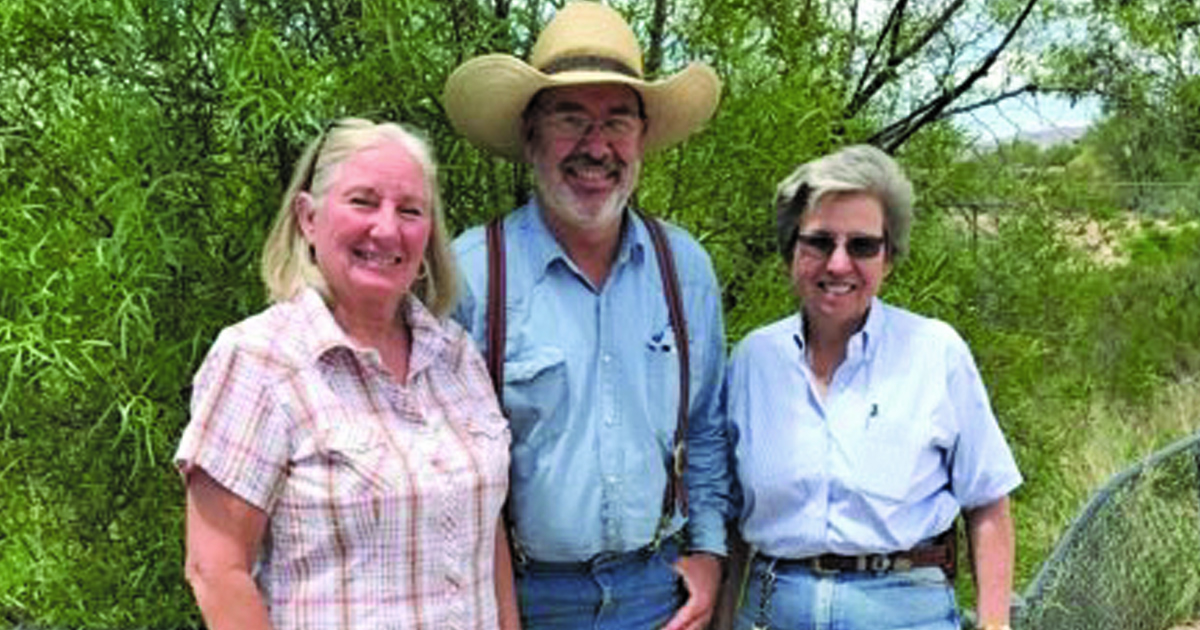 “I would strongly recommend this product to other producers if you’re after results and want to add cost efficiency to your operation. “

In December of 2018, approximately 170 head of cows were estrus synchronized and bred artificially. One month later, a subset of eight head were liver biopsied. Tissue samples were assayed for trace mineral concentration, with a focus on copper, zinc and selenium. Nearly half of these animals were shown to be deficient. Just after this initial liver biopsy, cattle began receiving Blueprint 6% Phos Mineral while grazing desert mountain rangeland. After six months passed, a second liver biopsy was conducted and those animals that were previously deficient showed a significant improvement and were no longer at marginal or low levels.

Randy noted that the CRYSTALYX product packaged in the BioBarrel® with WeatherAll® Protection was consumed very consistently and at a lower level than the previous conventional dry mineral program, which contributed to cost savings. Breeding performance was also markedly improved under the new calving and breeding system. In past seasons with natural service, the ranch recorded an 85% conception rate. This season — with estrus synchronization and feeding CRYSTALYX post-breeding during the “clean-up” bull breeding phase — pregnancy rates were recorded at 97%.

Blueprint and the future of CRYSTALYX?

As we write these blogs, do meetings and visit with customers, it’s satisfying to know that our colleagues and customers continue to be innovative and strive for improvement every day. The Blueprint nutrition philosophy fits into CRYSTALYX programs very effectively and will continue to grow in acceptance and application. It’s a good illustration of how CRYSTALYX continues to lead the free-choice supplement block industry. As I’ve said in many blogs before, “Be confident in CRYSTALYX programs and go with the brand you know.”