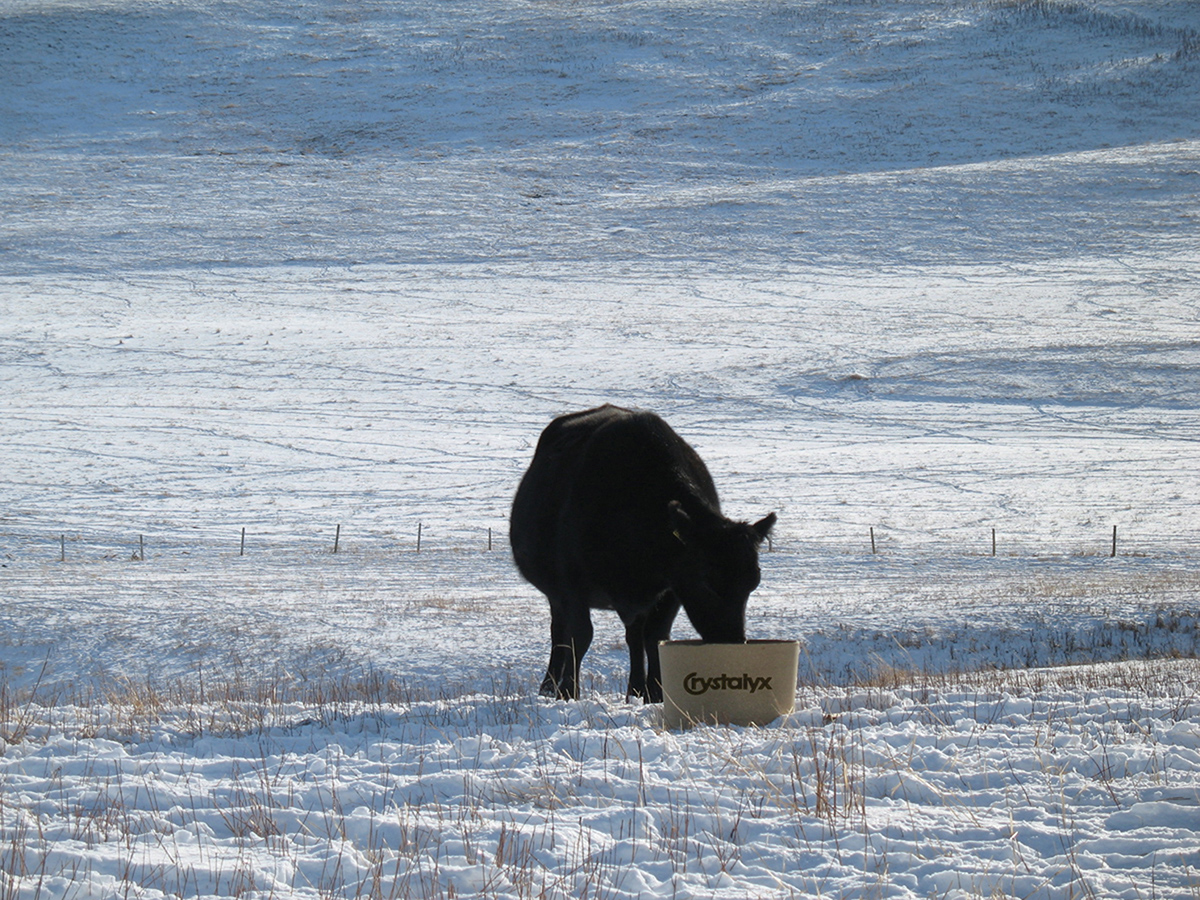 Several previous blogs by my colleagues and me in 2016, stressed the importance of nutrition in late pregnancy, winter, post calving and breeding periods.   For a cow that will be calving in the next 90 days, the next 6 months will be the most nutrient demanding months for her this year.  We often hear about how important a good start is with newborn calves, weaned calves, breeding, etc.  One key time that can reach back and effect these “starts” is pre-calving nutrition.

Now is pre-calving time for a big percentage of cows in the U.S. and Canada.

From the last trimester of gestation, through calving and into peak lactation, protein and energy requirements for a cow climb roughly 30% and 60% respectively (NRC).  Other nutrient demands (minerals and vitamins) climb as well, some as much as double during this time.

Mother nature then can add her own demands, like a couple of major snowstorms in the Northern Plains at Christmas and New Year’s. This adds stress on the gestating cow that could affect the lifetime performance of her yet to be born calf. 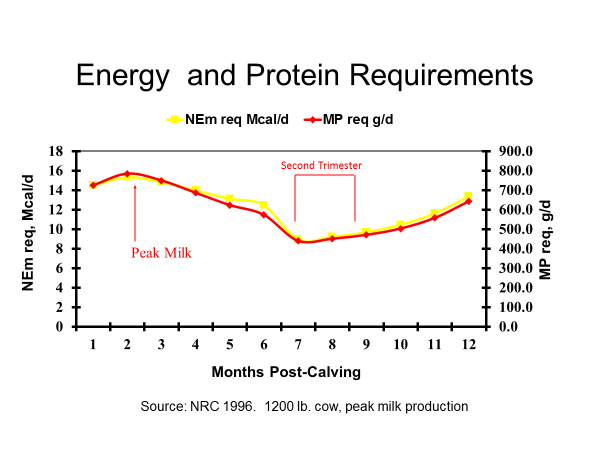 Fetal Programming -  both good and bad.

Fetal programming studies over the past decade have recorded the positive impacts of supplementing protein and minerals to pregnant cows on calf performance later in life.  These supplementation strategies have mainly focused on a nutritional stimulus during pregnancy with protein and minerals.   Likewise, a nutritional insult or stress, like nutrient deficiencies or poor body condition, coupled with a bad weather event during gestation can have a negative effect on subsequent calf performance.

Cows that suffer here often will have more feed cost associated with playing “catch up” and have a higher unit cost of production simply because they produce less pounds of calf and breed poorly.

The chart below illustrates this well.  The three boxes represent each trimester of gestation.  Myogenesis is the building of muscle fibers in the developing fetus in the 1st and 2nd trimesters.  Muscle hypertrophy (growth) and adipogenisis (laying down fat) in the third trimester is simply the growth of the fetus (about 75% of its weight) in the 3rd trimester.   Poor Nutrition during these key periods can result in the opposite of what we see with proper nutrition during pregnancy, that being improved weaning weights, better reproductive efficiency, fertility, health parameters, etc. 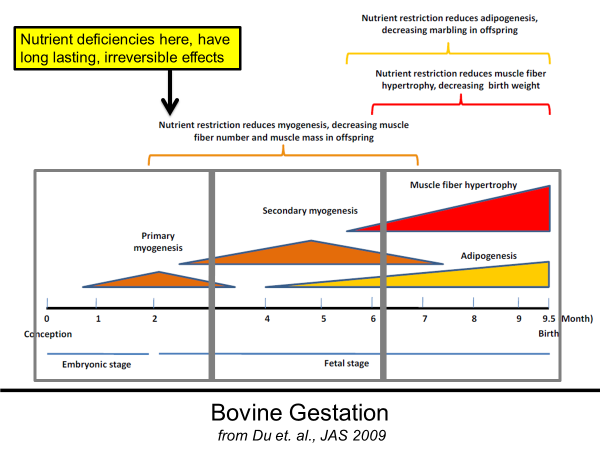 So, start off 2017 with taking care of the cows increasing nutritional demand and try to prepare for the worst mother nature may dish out. Utilizing many CRYSTALYX® programs, especially those highly fortified like the CRYSTALYX® Breed-Up® line have a good fit in many pre-calving, calving and early lactation beef cow nutrition programs.