The way we feed cattle is constantly evolving; the novel concept of putting out a salt block, the early work on trace mineral requirements in the 50’s, the addition of copper to HE-20% in the 90’s and the introduction of chelated/organic trace minerals to the market in the 90’s. The cattle we raise are also evolving. The genetic profile of today’s herds are light years ahead of the herds of the 50’s, so why are we still supplementing cattle as if they are? 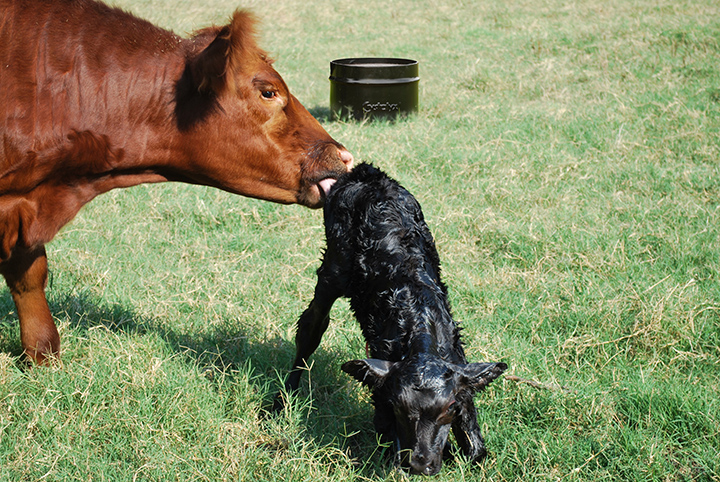 The Past and Present

Good, bad or indifferent, the NRC requirements were established from research that only used inorganic sources that paid little to no attention to ingredient bioavailability. Even as companies started to add trace minerals to supplements, they were often in the form of oxides. It wasn’t until the 1980’s and 90’s that awareness of antagonists began to gain recognition as a limitation in cattle health, reproductive efficiency and overall herd performance. As a result, the industry began raising trace mineral inclusions in supplements, as well as including sulfates, to solve the problems presented by environmental antagonists.

In the last 20 years, the cattle industry worked hard to become more environmentally friendly and efficient. Yet, the way we provide essential trace minerals is stuck in the 1990’s. Today’s producers need a supplement that not only will measure up to the needs of their high performing cattle, but also embrace environmental stewardship as they have. Enter Blueprint® supplements.

The last point above may be a tripping point for many cattle producers. How can a supplement with a lower guarantee on copper be just as good or better than one with a higher guarantee? It’s all in the source of the copper. A great real world, example of less is more, is laundry detergent. Take your favorite brand, they have an ‘ultra’ version and a regular version. They both get your work jeans clean, but with the ‘ultra’ version, you use half as much. The same concept works in the case of Blueprint® and BioPlex®. Since BioPlex® organic trace minerals are much more bioavailable than inorganic sources, we can use less and get the same results.

Increased bioavailability also plays a role in environmental stewardship. If a trace mineral can’t be absorbed in the gut, it ends up in the manure, contributing to nutrient loads. While states have not yet set limits on trace minerals in the nutrient load regulations, its conceivable that they will be adding copper. Producers can find themselves ahead of the curve with Blueprint®.

The Blueprint® Line-Up includes 6 products, including 2 with Actigen®:

Take your supplement program to the next level and ask your dealer for CRYSTALYX® Blueprint®. To learn more about the new Blueprint® Line-Up, visit our website www.blueprintbythebarrel.com or call us at 800-727-2502.