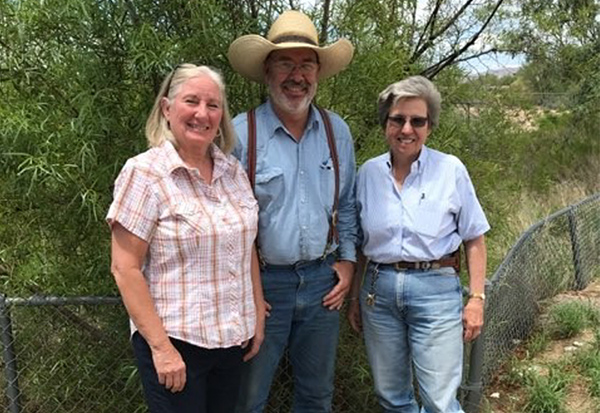 Randy Feagins manages the C-5 Cattle Co. near Vale, AZ.  Beginning in January 2019, the ranch evaluated one of the latest products offered by CRYSTALYX Blueprint 6% Phos.  This is a CRYSTALYX mineral product that incorporates Blueprint nutrition technology where the sole source of trace minerals come from Bioplex organic trace minerals.  The ranch was in the process of transitioning from a spring calving cow herd to fall calving and had been using a common sulfate and hydroxychloride based mineral.  In December approx. 170 head of cows were estrous synchronized and bred artificially.  One month later in mid-January a subset of 8 head were liver biopsied and samples were assayed for trace mineral concentration with interest of Copper, Zinc, Manganese and Selenium concentration.   Nearly half of these animals were shown to be deficient.  Just after the initial liver biopsy, cattle were fed the CRYSTALYX Blueprint 6% Phos while grazing desert mountain rangeland for 6 months when a second liver biopsy was conducted on the same animals from the herd.

Liver biopsy data from the 2nd samples showed an improvement in overall copper zinc and selenium status, and those animals that were deficient did show a significant increase and were no longer at marginal or low levels.  It was important to note that one of the cows sampled was in ill health, thin and not pregnant.  She did not respond to supplementation and was later culled from the herd.

Randy noted that the CRYSTALYX product packaged in the Weatherall BioBarrel container was consumed very consistently, and at a lower level than the previous conventional dry mineral program which was a cost benefit. Breeding performance was markedly improved under the new calving and breeding system.  In past seasons with natural service the ranch recorded an 85% conception rate.  This season with estrus synchronization and feeding CRYSTALYX post breeding during the “clean up” bull breeding phase, conception rates were recorded at 97%. This would suggest that more cows which failed to conceive with artificial insemination did breed more efficiently in the “clean up” phase than what was historically observed. 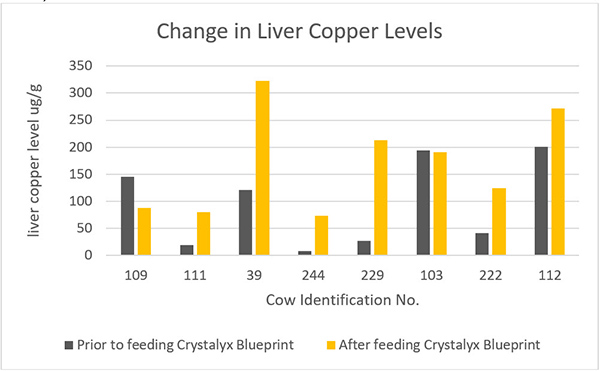 When asked, Randy stated that the CRYSTALYX Blueprint product was easy to use, and the cattle out preformed any other supplement they have ever used. “I would strongly recommend this product to other producers if you’re after results and cost efficiency to your operation.“