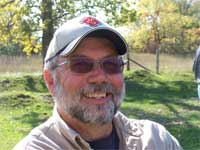 Steve was the first producer in his state to try the BioBarrel®, and he liked what he saw, especially the additional management benefits.

“It’s just convenient,” he said. “I don’t have to deal with returning or disposing of empty containers. It’s also easy to watch the BioBarrel® as it disappears during consumption.

I can see, from a distance, how much product is left and know when it’s time to put out the next barrel. And the consumption of CRYSTALYX® in the BioBarrel® isn’t any different that in the steel barrel.” 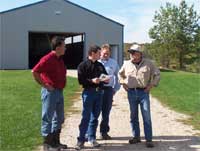 The success of the trial convinced Steve to continue to use the BioBarrel® on pasture. He says he’ll still use the steel barrels in confinement or in extreme muddy situations.

Steve is a believer in CRYSTALYX® because of what it has done for his cowherd. The BioBarrel’s® convenience and consistent consumption rates has given him another advantage, one he recommends to other producers.