For many spring calving herds, we are now in the middle of the breeding season.  Hopefully you have all been using a good summer mineral, quite possibly with fly control in it.  But this is no time to relax – what should we be thinking about next? 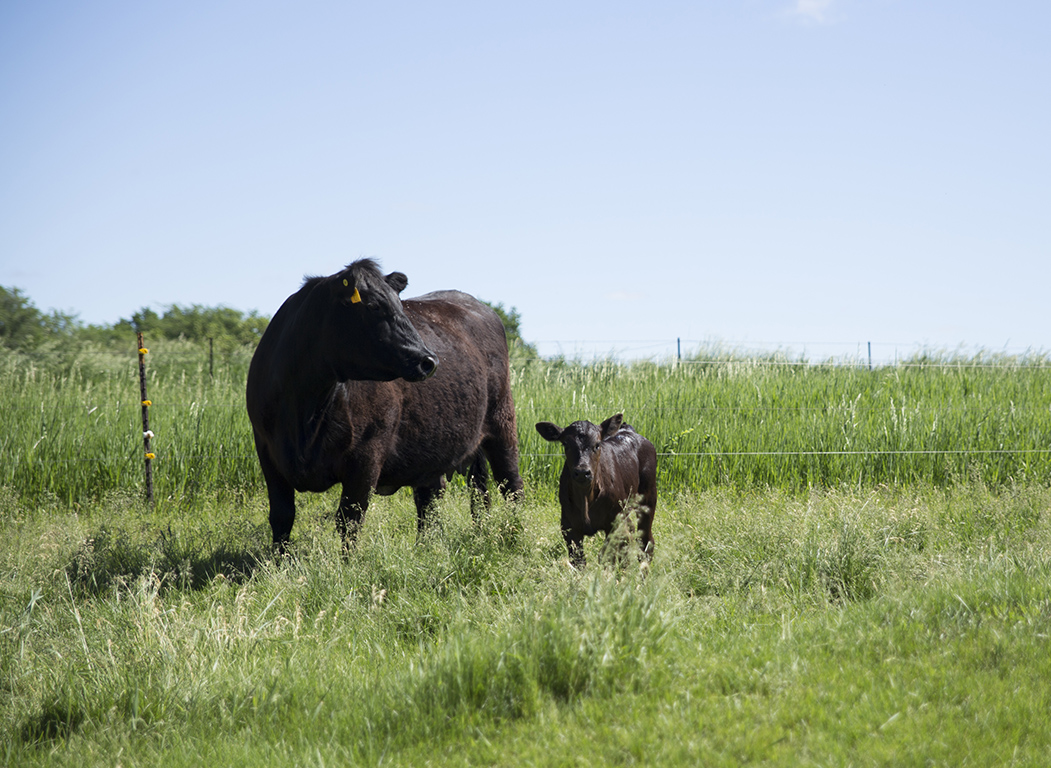 The Next Crucial Nutritional Need in the Beef Reproductive Cycle

Getting all cows bred to calve in a maximum 365-day span is crucial, but once they are bred, we cannot back off the nutrition while we go make hay for this coming winter.  There is undeniable research that shows early gestational nutrition (or lack thereof) does impact the developing fetus.  These impacts can affect the lifetime productivity of that fetus/calf for the rest of its life.  That could be 2 years for a feedlot steer, or 10 years (hopefully) for a replacement heifer/cow.  You may have heard this impact referred to as “fetal programming.”

A partial list of the areas fetal programming has been shown to impact would include:

When Should I be Concerned about Fetal Programming?

Myogenesis, or muscle development in the fetus begins in the first trimester.  In most situations, your cattle will still be grazing green grass in this period.  But every year is different, and there is talk of La Niña coming back this year, which may bring drier than normal conditions to some of us in the northern plains later this summer (July-August).  The negative impacts of fetal programming generally show up when nutrition is limited to the dam in gestation.  Most research has been conducted looking at a protein deficiency in pregnancy causing those calves to perform at a lower level than calves from dams with adequate protein in their diet.  Vitamins and trace minerals are also crucial to the development of the fetus.  This is why a mineral program is also important for your herd in the summer.

What Should I do Next?

Once cows are bred, do not back off the mineral program you are using.  Keep it going. Additionally, you may then be approaching a time when the forage is either becoming mature or dormant from lack of moisture.  In either of these situations, forages will have reached their maximum protein content, and then be on the decline.  Many spring calving herds will be in the second trimester of pregnancy in September and October.  Fall pastures often do not provide adequate crude protein for gestating beef cows.  Again, for some of us, this need for supplemental protein may come a month or two sooner this year.

As with purchasing bulls or choosing replacement heifers, you are only given one opportunity to get the genetics right.  Similarly, make sure your cows are not being restricted on nutrition during early gestation, as this will also have long lasting consequences for your calves.

Make no mistake, the third trimester is still the most important period for fetal development and gestational nutrition.  However, today we now know that the first and second trimesters deserve increased nutritional scrutiny.

CRYSTALYX® mineral and protein supplements are an easy way to affordably provide protein, trace minerals, vitamins and phosphorus in a supplement block that’s available 24/7, while minimizing your investment in time, labor and equipment.  CRYSTALYX® will do most all of the work for you, while you make hay this summer, or are harvesting crops this fall.