Molds and mycotoxins have a major impact on feedstuff and livestock production. They cause economic loss from lost dry matter and nutrient value in moldy feeds to lost production efficiency and overall animal health in animals consuming feeds contaminated with mycotoxins.

Moldy feeds create a number of issues in for livestock. First and foremost moldy feeds don’t taste good. Moldy feeds tend to be dusty and can cause pulmonary discomfort for livestock. They can also cause digestive upsets, even disrupt the fiber mat in the rumen. Lastly molds can and do produce myctotoxins.

Mycotoxins are a by-product of mold growth, thought to be produced as a defense when the mold is stressed or to reduce competition from other mold species. It’s important to know that the presence of mold on a feedstuff is not an indicator of the presence of a mycotoxin and vice versa. In other words, you can’t tell by looking at the feedstuff, testing is the only way to know.

The adverse effect of a mycotoxin on livestock depends on the type of mycotoxin consumed and the stage of production of the animal. In general the negative effects of a mycotoxin include; modified nutrient quality, absorption and metabolism, altered endocrine functions and depressed immune response. Specific mycotoxins and examples of the effects on livestock are listed below. 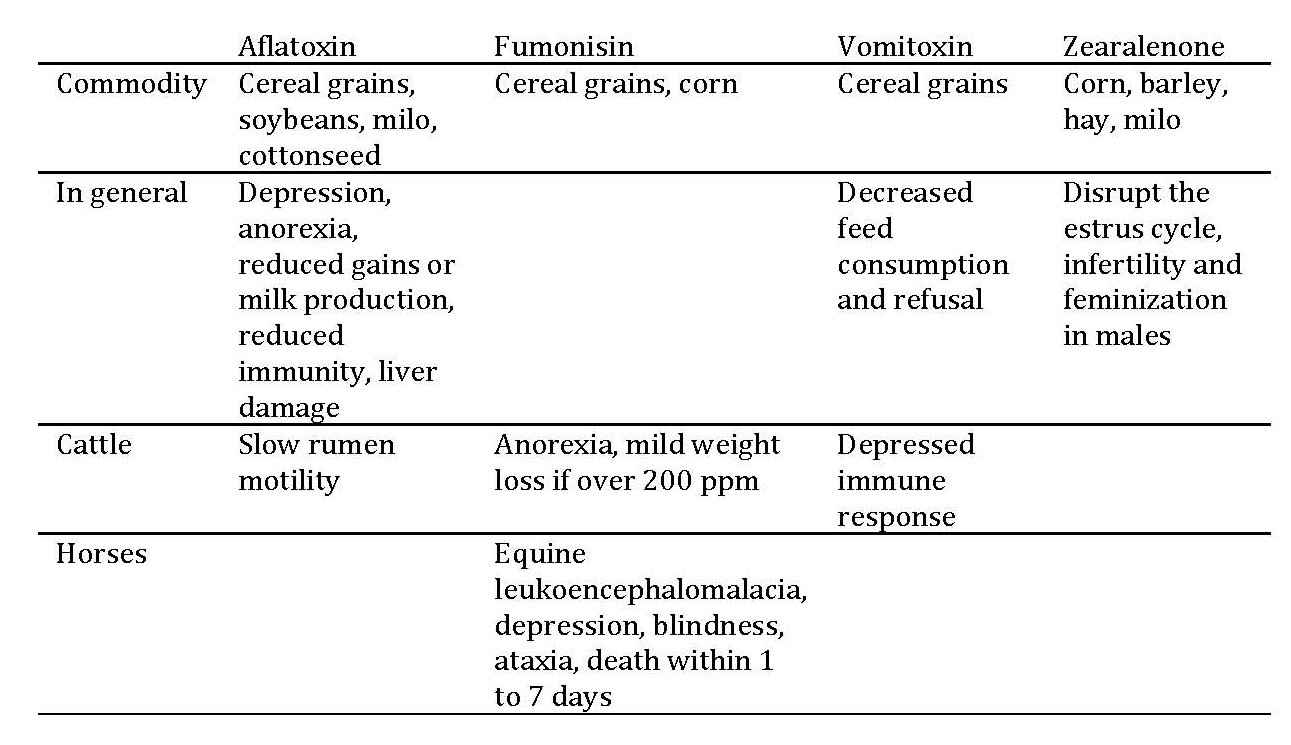 Preventing issues from mycotoxin ingestion can be simplified to a few steps: