Fetal and developmental programming have been big buzzwords for several years now. If you don’t know what they are, a quick Google search will take you to numerous articles, studies and blogs on the subject. Fetal programming, in short, is the theory that the maternal environment during gestation can have a lasting impact on the offspring. In other words, if cows are undernourished during pregnancy, their calves’ performance may be compromised — particularly their immune response, growth rate and potential longevity as replacement females in the herd. So, in this instance, one phrase holds true: you are what your mother ate. 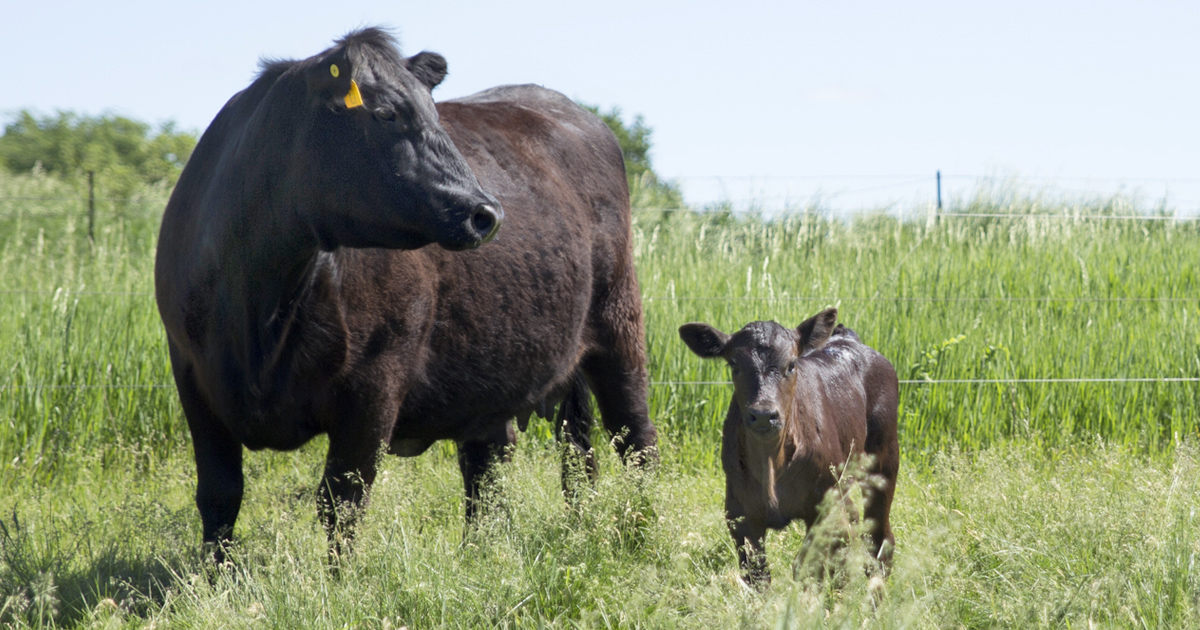 This concept, however, may not be taken as seriously as it should be by all producers. A common practice in many operations is to supplement cattle during the last trimester of gestation to prepare for calving and lactation as a result of the low forage quality and availability many spring-calving herds must face. Unfortunately, though, if nutrients aren’t available for the developing calf even as early as the first trimester, providing them during the last trimester may be too little too late; the genetic potential of that calf may already be programmed, even if its mother receives supplements later in the pregnancy.

The growth that happens during early gestation includes both the formation of the placenta and the development of other vital organs. If the right nutrients aren’t reaching the calf — even during the early stages of embryonic life, when nutrient requirements for the calf are negligible — the tissue composition can shift, and that will influence cell development and the future growth of the now-compromised organ system.

Research at the University of Wyoming has measured the impact of under-supplementing range cows at 60–70 percent of their actual requirements from days 30 to 125 of gestation. The fetal muscle fibers are still developing until mid-gestation, along with the pancreas, kidneys and brain. Fewer overall muscle fibers were noted in calves born to cows who were undernourished during early gestation, even if those cows were supplemented at levels that met their nutrient requirements later in gestation. This decrease in muscle fibers led to decreased muscle mass — which, in turn, increased the amount of adipose (fat) tissue. All of these factors impacted the profitability of the feedlot.

The functions of critical organs, including the kidneys, were also impacted in calves born to cows who experienced undernourishment during the first part of their pregnancies. More specifically, calves who were deprived during the early stages of their development had half the normal number of nephrons in their kidneys. Nephrons help remove toxins and metabolites from the blood for excretion; if they are not excreted properly, the growth rate and overall health of the animal is impacted. The reproductive system can also be negatively affected by undernourishment during early gestation. When female beef cattle are born, for instance, they already possess the total number of follicles they will carry throughout their lifetime. As such, negatively altering the reproductive cells during early pregnancy could be detrimental to the longevity of a replacement female in the herd.

Over the years, studies have verified that the trace mineral status of the cow herd has a major impact on key production factors. Knowing that trace minerals are a vital part of a sound nutrition program, today, the focus is shifting toward the source of the mineral. Throughout both the United States and Canada, the Blueprint program has been highly successful and has proven to positively impact the programming of calves.

A recent field trial in Missouri compared trace mineral sources and their impact on the weaning weights of beef calves. Forty-three embryos were implanted into the recipient cows, who were then divided into two groups that were fed different mineral sources; one group was supplemented with a traditional inorganic trace mineral source, while the other group was supplemented with Blueprint’s 100-percent organic trace minerals. Although the groups featured genetically similar calves and were provided forage of the same quality, the steers and heifers born to the cows supplemented with Blueprint minerals had higher weaning weights. Furthermore, 80 percent of the calves born to cows on the conventional mineral were treated for pinkeye, while no treatments were required for the Blueprint-programmed calves, despite the two groups grazing in close proximity.

CRYSTALYX® is programmed for success

Supplementation throughout the gestation period is a necessity for programming the future success of your operation. Whether you are looking for a protein supplement after a hard winter that resulted in tough conditions or a mineral supplement when your pasture conditions are favorable, there is sure to be a CRYSTALYX product designed to meet your needs. For premium nutrition and supplementation success, focus on the Blueprint line. Blueprint® 20 AN can make a difference when your cows need a little extra condition or to get more out of the forages, followed by Blueprint® 6% Phos mineral on good- to excellent-quality forages. CRYSTALYX Brand Supplements are designed to work just as hard as you do to program the next generation.