Since the fall of 2017, we’ve been talking a lot about our CRYSTALYX® Blueprint® nutrition programs. These programs are available in many CRYSTALYX formulas as well as loose minerals and other block forms. The success stories keep coming in, and so far, the results have been very impressive. Back in late November of 2019, I wrote about some specific success stories. So, in continuing with this message, I have outlined below some of the reasons why we may be seeing so much success. 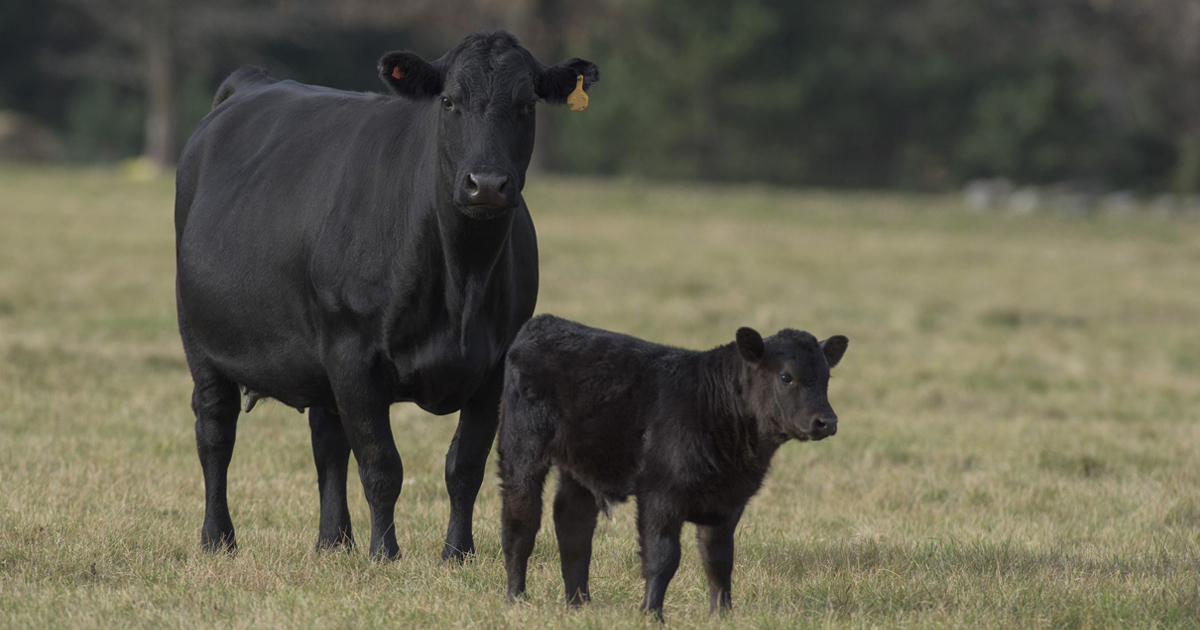 It’s easy to improve upon relatively poor pregnancy rates of, say, less than 90% in a herd, as those operations likely have some underlying deficiency or antagonism that would be easy to correct — but what about herds that are already doing a good job of around 93–94%? It would be risky for anyone to promise that they can improve much on these higher rates by making what appears to be a small change to the mineral program, but that’s exactly what we’ve seen in many cases with Blueprint. One study conducted with the University of Florida that looked at three beef herds over a two-year period showed exactly this: the pregnancy rates were 95.3% for a Blueprint (Bioplex®) organic mineral program, compared to 92.6% for a conventional (inorganic trace mineral) program (Hersom, et al., 2016).

Production agriculture in general and the animal science community as a whole are constantly looking at ways to improve efficiency and performance in livestock. We’ve been doing this for a hundred years or longer; it’s key for our sustainability. Could the success we are seeing with our Blueprint nutrition programs be because small nutritional changes that lead to improved efficiency in mineral uptake — and decreased interaction with antagonists — contribute to the overall efficiency of metabolism in the body?

A lot of research measuring performance with organic trace minerals has been undertaken. Our parent company, Alltech, has done extensive research on its proprietary brand of organic trace minerals, which, as mentioned earlier, are used in our Blueprint nutrition programs. This research has returned a wide array of findings that, when considered altogether, could help us understand why we are seeing marked performance improvements. Some of these findings include improvements in milk yield, increased colostrum immunoglobulin production, rumen function, the immune function of newborn calves and the stability of vitamin E in supplement formulas.

Considering these findings, the numbers start to add up, and it begins to make sense that we are receiving positive feedback about Blueprint from the field. It makes sense that better milk production could impact calf weaning weight and that improved calf immunity at birth could have an impact on that calf’s lifelong development.

Additionally, if cows experience improved rumen function, then forage digestibility and the energy status of the cow could also improve. A study of dairy heifers at Penn State showed an overall improvement in rumen volatile fatty acid production when heifers were fed an all-organic trace mineral diet, compared to a diet that contained only inorganic trace minerals (Pino and Heinrichs, 2016). These results suggest a higher fermentation rate and overall energy status in the animal. Strategies for improving the energy status of the herd can help breeding percentages, especially if the breeding season coincides with grazing lush forages.

Trace minerals play an important role in the production of reproductive hormones and overall fertility. Better trace mineral absorption and reduced antagonistic effects from the environment or from interactions with inorganic trace minerals could, then, improve overall metabolic function and, thus, have a positive influence on reproductive efficiency.

CRYSTALYX Brand Supplements offer many Blueprint formulations, and this nutrition program is growing in both popularity and understanding. Again, as mentioned earlier, the results we are seeing are promising. This is a program that every producer should consider, especially if your operation applies intensive breeding programs, such artificial insemination or embryo transfer, or if you’re dealing with breeding challenges in younger animals or have issues with mineral antagonisms in feedstuffs or the environment.