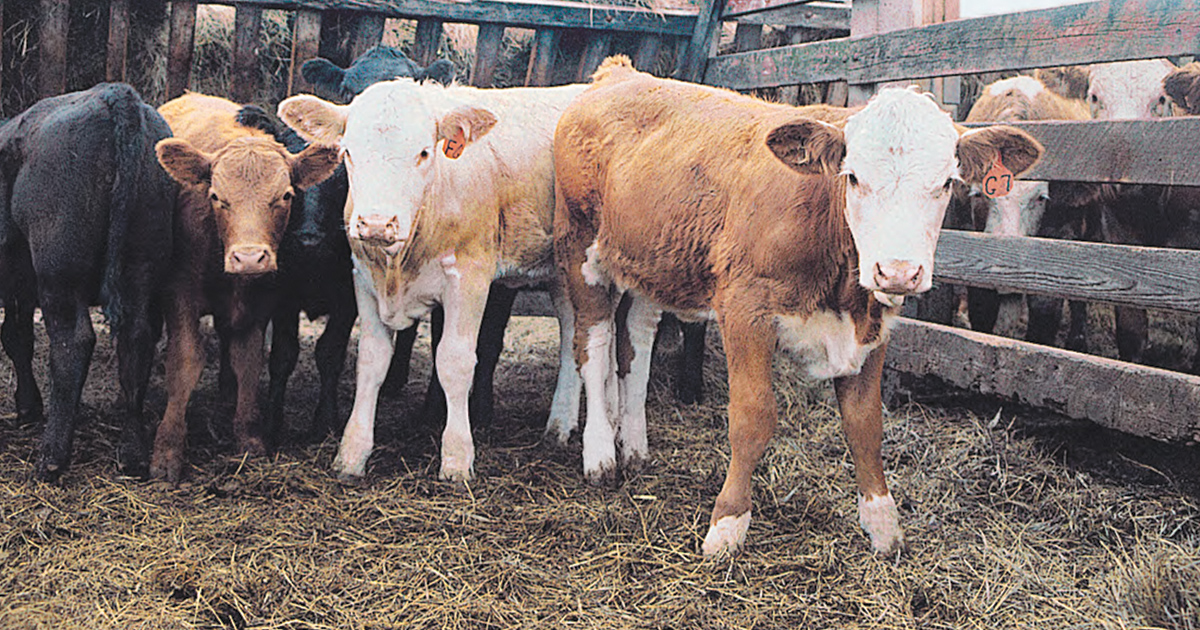 A weaning practice that has received increased attention both in terms of research and producer experience is fenceline weaning. It’s a simple process. Calves and cows are separated but can still go nose-to-nose and see, hear and smell one another. The goal is to help the weaning calves attain as close to normal growth rate and weight gain as possible. And if the cow is close by and there is a consistency in diet, the results can be positive.

Glenn Selk, Oklahoma State University Animal Science Professor Emeritus, noted in an article, "Fenceline Low Stress Weaning", that “California researchers weaned calves with only a fence (Fenceline) separating them from their dams. These were compared to calves weaned totally separate from dams. The separate calves could not see or hear their dams.” Selk observed that, “After two weeks, fenceline calves had gained 23 pounds more than separate calves. This difference persisted since, after 10 weeks, fenceline calves had gained 110 pounds (1.57 lbs./day) compared to 84 pounds (1.20 lbs./day) for separate calves. There was no report of any differences in sickness, but calves that eat more during the first days after weaning should stay healthier.”

In fact, another study conducted at Ohio State University indicated that fenceline calves had a lower incidence of respiratory diseases.

Several producers have coupled fenceline weaning with the use of CRYSTALYX® Brigade® Stress Fighting Formula that provides diet consistency as well as nutritional help to ease the calves through the stressful period.

Brigade adds an additional dimension to smoothing the stress of weaning. If cow/calf pairs are provided with Brigade for three to four weeks before they’re weaned, they get used to licking block supplements. When the calves are taken away from their mother, they’re no longer suckling—getting milk—but they still have the barrel in front of them. That gives them something familiar they can go to. Producers tell us that calves that have been on Brigade prior to weaning, and have it in the weaning pen, will quit bawling sooner. Producers associate that with stress reduction and that, in turn, means they’re going to go to feed quicker, start eating better, gain weight and stay healthy.

That was the experience for Lazy Y Cattle Company in Max, Nebraska. Brigade barrels were placed with cows and calves on pasture one month prior to fenceline weaning. Five days before separation, the pairs were moved to a pasture that had both native range and a field of volunteer wheat stubble. The Lazy Y fenceline weaning system involved holding cows in portable corrals on one end of the pasture and placing calves in the same pasture. The Brigade barrels were placed near the corral, at a midpoint near water in the pasture and in the volunteer wheat.

“The calves would loaf near the cows at times, but would also graze to and from the barrels,” Levi Whipps, owner of Lazy Y Cattle Company, said. “Within three days our calves were fine, and we had no additional sick calves.”

Producers also tell us that calves that are used to CRYSTALYX prior to weaning will, once they are weaned and lick the molasses, have a higher affinity to seek out water. And it’s important for calves to remain hydrated when they’re weaned. Sturdy fence and an adequate supply of water on both sides of the fence are recommended for producers who would like to try fenceline weaning. CRYSTALYX Brigade can provide much needed stress-relieving nutrition as well as serve as an effective pasture management tool.

Consumption is predictable and I know my cows are getting what they need.